I've never seen anything like the Musee Mecanique, a museum of machines from the turn of the century. Insert a quarter and watch a small scene play out. You can tell it once amazed people as the epitome of what technology was capable of.

The mechanical museum used to be out at San Francisco's Ocean Beach, near the camera obscura behind the Cliff House. And that's probably a big part of why Laughing Sal is there; she was once installed at Playland at the Beach. She positively crackles and quivers as she laughs, the stuff of nightmares.

In a smart move, the museum is now at Pier 45, much easier for Pier 39 tourists to get to. No need to bring a roll of quarters; there are change machines inside. 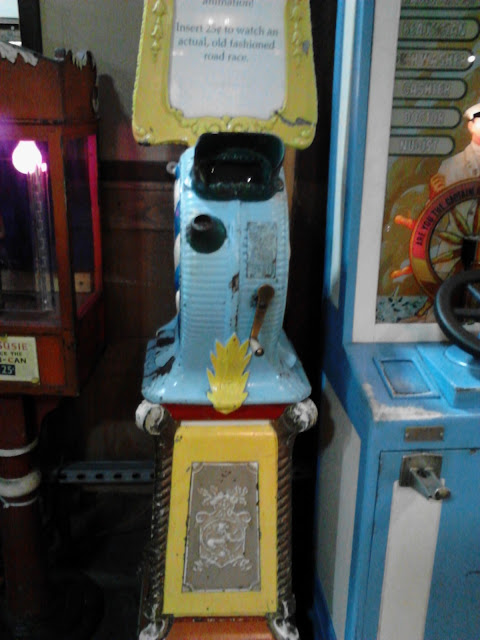 For those of you less charmed by such an old-world penny arcade (but...who would that be?), there's also an area in the back with more recent games. State of the art games. Pong, for instance. 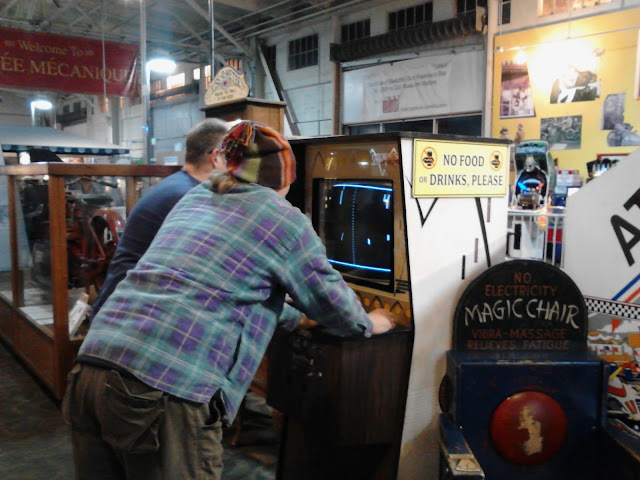 What's your favorite tourist destination in San Francisco? Would love to see comments!

I love that place. Last time there was with my boy's Boy Scouts troop before spending the night on the USS Pampanito.

I love that place too! And how cool you got to spend a night on the water. What a cool Scout trip!