Kathleen Kent's remarkable ability to turn on a dime 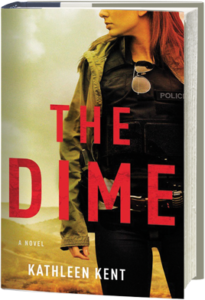 For many years, it's been my honor to track the career successes of someone who has become a friend. Kathleen Kent, who burst onto the scene in 2007 with an incredible historical novel about her ancestor Martha Carrier, hanged at Salem—The Heretic's Daughter—has kept a steady flow of beautiful books coming. 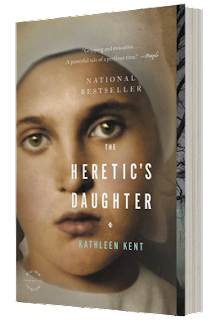 The Wolves of Andover came next, in some ways my favorite of her books. It was a prequel to The Heretic's Daughter, telling about the earlier days of the Carrier family. I loved it and its poetic language against the backdrop of a harsh Colonial setting. It was later retitled The Traitor's Daughter, but I prefer the repeated consonance of the V sound in the previous title. 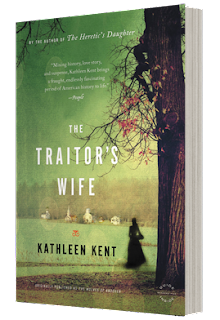 Next came a shift from the Colonial era, but still historical, with her novel The Outcasts.  This featured a shady Texas woman and a policeman pursuing a killer, with wonderful plot twists. It's so cinematic (well, they all are); I could totally see this as a brooding movie along the lines of the True Grit remake. 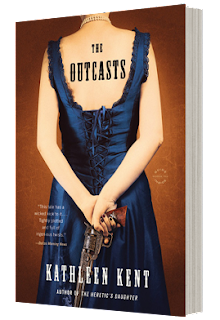 And once again Kathleen has turned on a dime, reinventing her genre. Her latest is The Dime, a modern police procedural featuring a tough-as-nails, red-headed lesbian cop. The first scene in this book? Heavy duty, pulse-racing, can't-stop-reading drama. And you will love the heroine based on her quick thinking and strategizing in this scene. The Dime is amazing. So few authors can master a genre, but Kathleen easily does it and then turns her focus on yet another one. I guess next she'll tackle a poetry volume or maybe some manga, and totally kill the poetry and manga world.

The Dime is a work of incredible suspense, with threads you thought dropped returning to pay off in the end. It contains some harrowing scenes that had me gasping (literally—my husband on the other pillow asked, "Are you okay?"). It's everything you want out of a book: an escapist ride, a heroine triumphing over almost unspeakable odds, and rooting for the good guys.

Bravo! I think the world of her; she's one of those truly nice people who deserves every success she's had. Can't wait to see what comes next from this talented author.

And just for some levity...