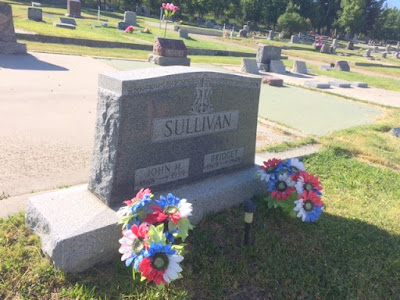 My experience of the Lizzie Borden story is through a somewhat different lens than most people; I view it through the eyes of Bridget Sullivan. She was the Irish immigrant maid employed by the Borden family a few years before the murders took place. It is said she tried to quit several times, but Mrs. Borden always talked her into staying. Bridget was at the house the day that Mr. and Mrs. Borden were slain by hatchet, Aug. 4, 1892. The only other person we know was there that day was Lizzie, who underwent trial for her father and stepmother's deaths, and was acquitted. My novel The Murderer's Maid tells the story of these iconic American murders from Bridget’s point of view.

I’m a writer whose had a significant amount of uncanny things happen through her writing. One was writing a novel about witchcraft and then learning my ancestor had undergone witchcraft trials several times. More recently, after my book about Bridget Sullivan came out, my husband’s brother invited us to visit him at his cabin in Montana. What town in Montana?

Oh, it just happens to be the same small town in Montana that Bridget Sullivan settled in, after a hiatus of years in which her trail went temporarily cold. The town is Anaconda.

I had a rare chance last week to visit the grave of my character. She is buried next to her husband John Sullivan (he already had that very common Irish last name, so she didn’t need to change hers, although I guess she could’ve called herself Bridget Sullivan Sullivan). Her side of the shared grave is higher than his, and I fancifully imagined it was her bulky shirts and petticoats causing the difference. Someone had left bouquets of colorful fake flowers on both their graves.

Bridget is on a hill overlooking the town of Anaconda, with a lovely view. She can also see the tower which I think is a smelting tower where her husband would’ve worked. I ran out of time to do that research on this trip, but I hope to return. I’d also really love to connect with Bridget’s great-niece who lives in a nearby town.

So here, a few days before the 126th anniversary of the murders, is a photo of Bridget Sullivan's grave at the Mt. Olivet Cemetery in Anaconda, Montana. Next post: more about the search for Bridget's grave (hint: it wasn't easy, although it should've been). 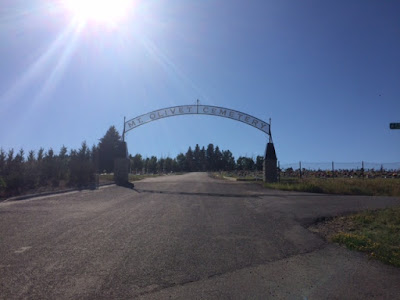 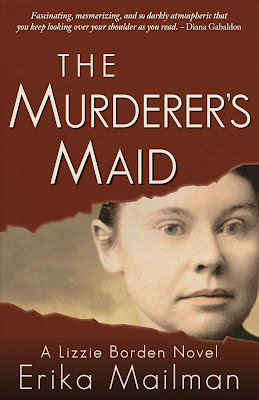