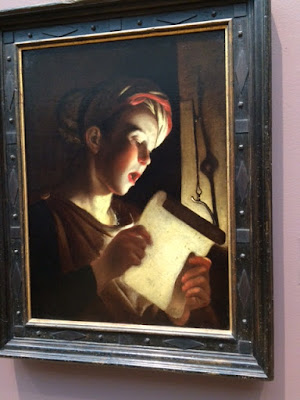 (although it has nothing to do with Klimt) 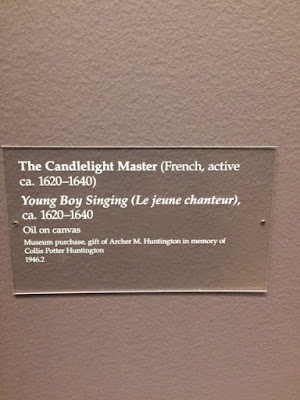 Forgive me if this is a big thing I missed out on. I never took Art History.

So then of course, anyone who loves Prince as much as he does has to joke, that when his town got electricity, he was "the artist formerly known as the candlelight master and now known as the fluorescent blurb master."

Of course because I feel an obligation to the paltry few of you who actually read this blog (and because it's so miserably short today), I took a moment to google this artist.

He had the very worrisome name of Trophime Bigot (but don't worry, he was French so you'd pronounce it Bee-joe...or wait, maybe a hard G? Bee-go? I'll have to consult on this one and return)

He lived 1579-1650, was born in Arles (bullfight place I've visited and sobbed about, poor bulls), and was actively painting in Rome and Provence. He's buried in Avignon, where the popes used to live (I visited but didn't cry).

There's some controversy that he was thought to be a father and son, but historians determined that he was the same guy painting in two very different styles, depending on what his patrons wanted.

And, and, and...he did one of the Judith & Holofernes beheading paintings that I was just sharing with a class a month ago. Wow. Small world.

A lot can happen by candlelight.