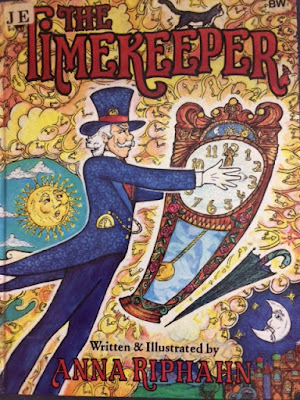 We were sent this beautiful book The Timekeeper by grandparents. Believe it or not, it was written and illustrated by a 13 year old. It's part of a series that used to exist called the National Written and Illustrated By awards for kids. It used to exist 1985-1998, releasing three books a year based one age category, and occasionally one or two "gold awards." It went defunct for about a decade. It rebranded in 2006 and released a few books, and then went silent again. Too bad, because it looks such a great program.

The back of The Timekeeper has a tiled display of all the book covers and all the authors. I had a jolt when I realized I actually recognized one of the names: Dav Pilkey, the author of the fabulous Captain Underpants series. 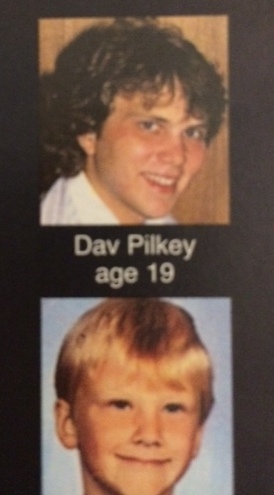 I just looked at his website and he has 62 books in print. We should all have such a prolific career, launched at such an early age! 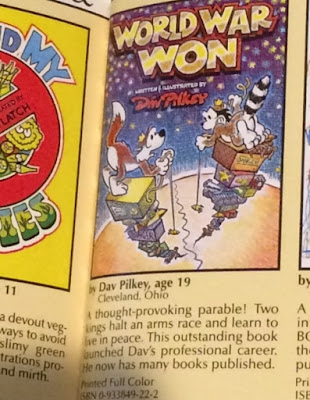 Fun fact: He was born Dave but his nametag from when he worked at Pizza Hut omitted the final E, so he kept it that way for his author name.

Returning to The Timekeeper, author Anna Riphahn tragically died only three years after her book was published. She died in a highway accident. When you read through the book, you see what expressive paintings she created, and you take a big inhale thinking of everything she might've been capable of.

From this History Guy video in the Topeka Capital-Journal, we learn that she tried first in 1991 with a book and won Third Place. The next year, she tried with a different book and won Second Place. Her third book was the charm, winning first place and publication.

Perseverance. I love it.

Thank you so much for tracking down and sending us this book, Earl!