Fancy some taxidermied animals in a cool historic museum?

Housed in an absolutely gorgeous four-story stone building that looks exactly like an 1800s professor built a castle to house his antiquities, the museum is a true pleasure to tour.


Many of these dioramas were created for the 1893 World's Fair in Chicago. 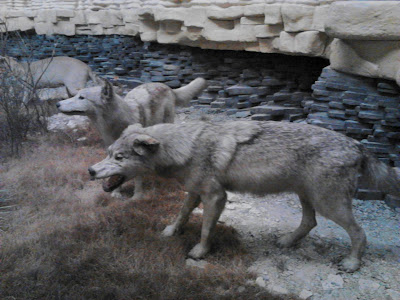 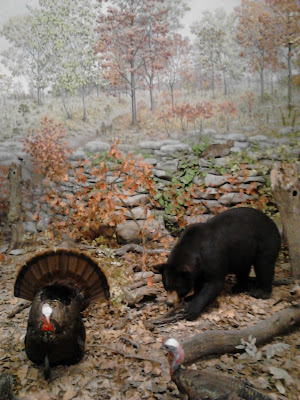 There are taxidermied animals galore. Of course, we have shifted away from the idea of hunting animals to stuff them for display, but since these already exist, they are definitely fascinating. I once wrote about Oakland's no-longer-extant Snow Museum and continue to be intrigued by these frozen creatures.

When we were there last year, a contemporary artist had added some flair, let's say, to the main diorama. This huge exhibit may be the largest in the world (? I've lost my notes) and has many wall-sized glass vantage points. It's a two-story exhibit so you can also look down on it from the second floor. The artist had added a human figure to the diorama at the watering hole...with legs but no torso or head. It really looked like a serial killer's fantasy. The docents were similarly baffled and said the installation had not been met with excitement. 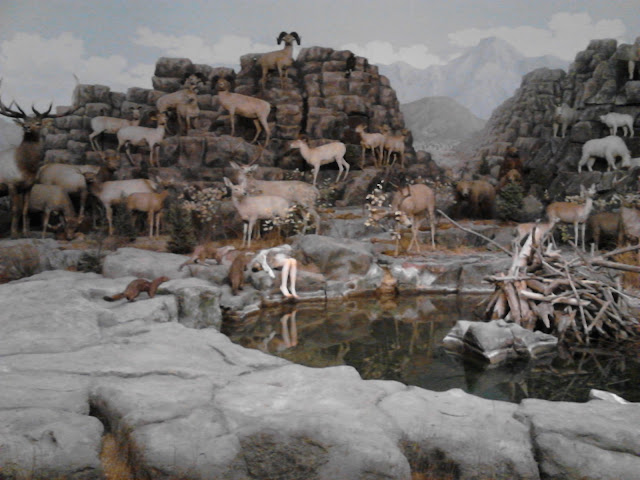 Kansas is known for its fossils, and here's a larger-than-human fish that makes me somewhat glad extinction means I won't run into this swimming in Lake Shawnee. 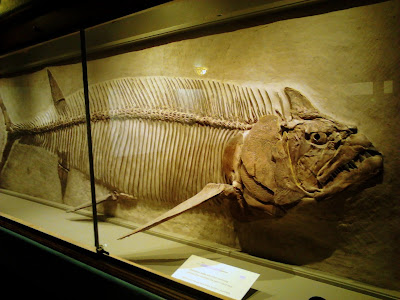 I must apologize for my photos' quality. I took these last year with a desperately ancient droid—surprised I did not find a fossil of it on display, ha ha— and have since happily joined the iphone world (or the 21st century itself, as a friend put it). I'm sad because I took a lot of wonderful family pictures with grandparents and uncles that are similarly blurry. Hopefully, though, there's enough for you to see what a cool museum this is.

The star of the collection is Comanche, the stuffed horse owned by General Custer and the only living thing to survive his Last Stand in 1876. Comanche was previously shot by an arrow in another confrontation with the Comanche (in 1868, hence earning his name for continuing to carry his commander), and was shot by bullets three times at the Battle of Little Big Horn. When he was found two days later, he was there weakly poking around, barely able to stand: the only one left alive.

He was used in parades and lived at Fort Riley, Kansas, until his death in 1891 when he was stuffed.

This was my second visit to the museum. When we had gone before, sometime in the '90s to early Oughts, Comanche was in a glass case that permitted you to walk around him and see him from all sides. The top was open to the ceiling. Apparently, the ceiling had leaked and flooded the museum floor and the poor horse was drowned in his own case. This time, he was in a closed case that only permitted viewing from one side. He was in a darkened room to help preserve his multiply-insulted body, which didn't permit my challenged camera to capture it. Here's a link to see his current exhibit status, though.


Dinosaur lovers will find much to see at this museum.

Finally, across the street we went to the student union and enjoyed the Kansas University spirit. Many thanks to my Kansas relations for taking us to this extraordinary museum! 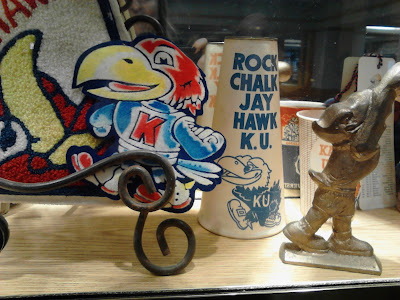 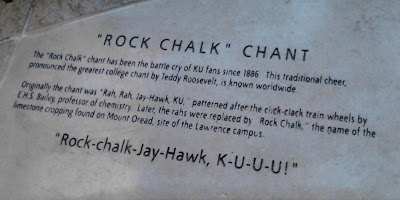 It's not too late to read the next post under this one and comment on it to possibly win a free copy of my latest novel The Murderer's Maid. I'll pick a person tomorrow morning (Jan. 5) randomly from all the correct entries. Hint: there are only two correct entries as of noon on Jan. 4 and so you have a very, very high percentage rate of winning!


Lizzie Borden may have actually seen these taxidermied exhibits at Chicago's World Fair. We know she attended with tickets she won in a raffle.

I'd also love it if you'd comment on this post and/or follow my blog. How to follow? If you're on your desktop computer, simply scroll down the right-hand column until you see the blue "follow" button. If you're on your phone, scroll down until you see "view web version" and then read down the right-hand column. This seems to be a one-click pain-free opt-in if you have a gmail account or other easily recognizable email account. There is no need to sign up or give any information, just click.