This small Gold Rush town in northern California is also known as Frogtown, because Mark Twain based his short story, "The Celebrated Jumping Frog of Calaveras County," on a story heard here in 1865. The hotel where he heard it still stands. PETA members, please don't read this story.

Each May, Angels Camp hosts a jumping frog contest, and a plaque gets laid in the sidewalk for each year's winner.


The town is sweet to wander through and straddles a beautiful creek. 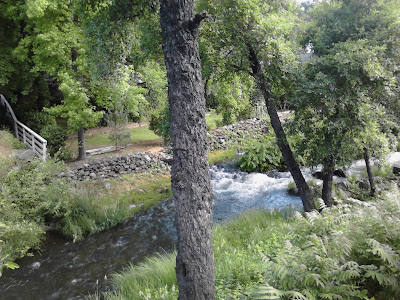 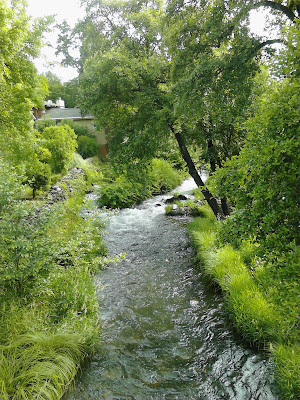 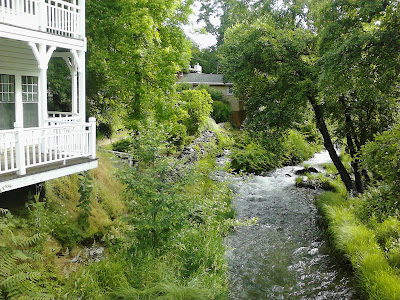 It has an arts center. 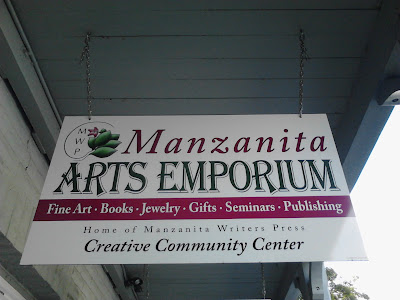 And of course it has to have a saloon. 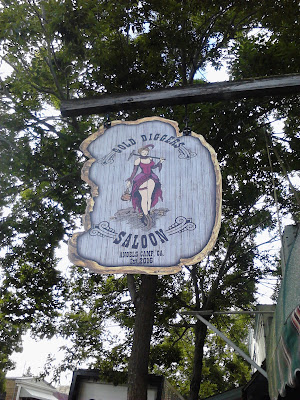 And not too far away, a Barrel of Monkeys, described as "If you were given $5,000 and told to open your own version of John's Incredible Pizza": 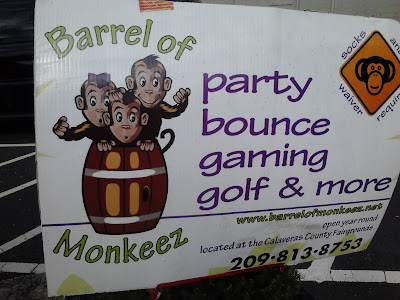 Built on a hill, Angels Camp has many staircases that link parallel streets: 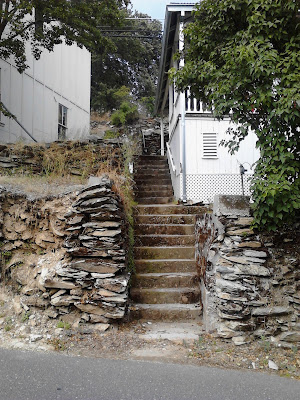 And statues throughout town celebrate the froglike history. 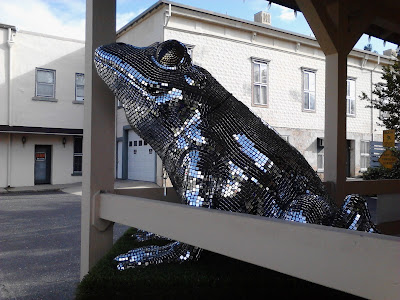 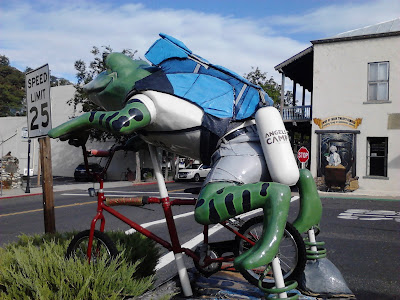 It's worth a visit! The jumping frog jubilee is always the third weekend in May; here's a link. The Mark Twain story is also reprinted in its entirety at that site.