Artwork based on Timberline photo 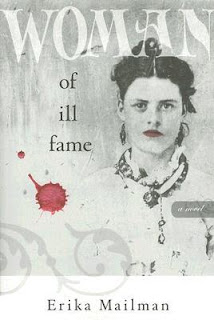 It' s been amazing how many little bits and drabs of information file in sporadically on the woman known as "Timberline," the Dodge City prostitute whose image adorns the book jacket of my novel Woman of Ill Fame.

When I asked Heyday Books to use her photograph for the book jacket, all I knew about her was what I just typed in the previous paragraph.

Over time, readers have contacted me with different little tidbits to add and/or directed me to other references that source her. That was how I learned her real name was Rose Vastine, and that she had tried to kill herself: both facts that I found shocking. She does not look like a Rose to me! And I was very upset to learn that such a strong-looking woman had succumbed to such despair. I learned that Timberline was her nickname because she was over six feet tall.

Recently someone named David Huerbin contacted me to let me know her full name was Rosanna (again: surprise!) and that her nickname arose because she would ferry whiskey and girls to men living in the mountains above the timberline. That seems more plausible to me. She somehow just doesn't look six foot in her image, and given that people were even less tall in the 1800s than today, I just found the other explanation hard to swallow. 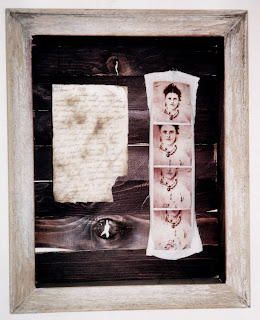 Just like me, this person was intrigued by her image and in fact has created a piece of art based on her. With his permission, I am attaching it here. The letter next to her image is a "suicide letter" he created for her. This piece was showcased in The Basement Gallery in Flagstaff, Arizona in 2002. More later.