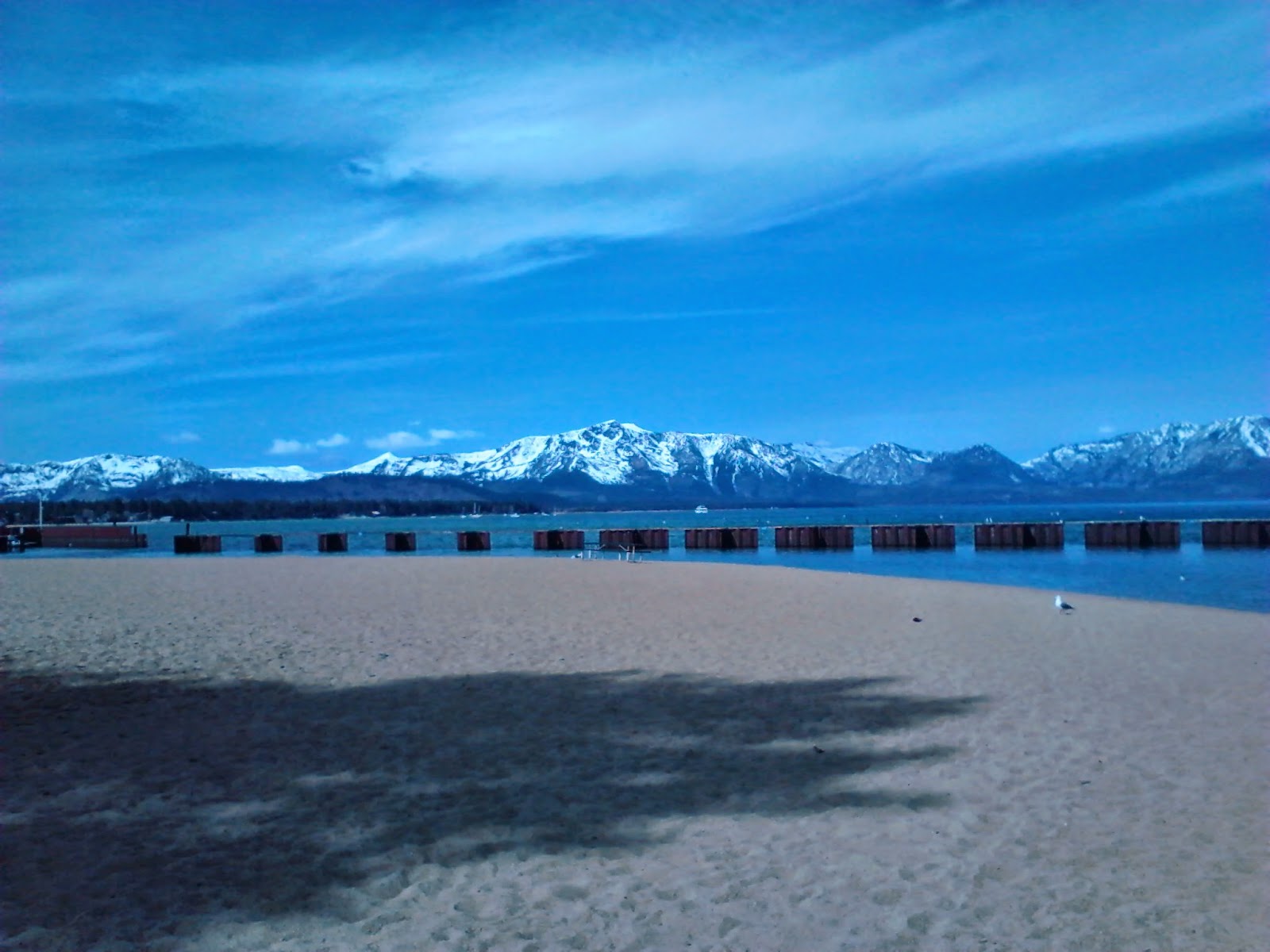 This photo is from last weekend. We didn't get to Donner Lake, but I thought this image from the shores of Lake Tahoe gives the same dramatic impression: that the mountains can be snow-filled and dangerous while just down in the valley it's a beach day. A beach day with sweaters, but definitely a day we knelt in the sand and made castles.

My sister was here visiting and we watched the Ric Burns documentary on the Donner Party she had given me for Christmas. That documentary mentioned one thing I hadn't heard before (which I want to run by Kristin Johnson)--the idea that everyone else would've happily climbed the pass the day before snow fell, except they were waiting for the George Donners et al. to catch up.

Regardless of whether that's true or not, it kills me every time (reading or watching) that they missed it by one day. If the snowstorm had been delayed, they would have summited and been on the descent by the time snow flew. It's extraordinary to travel for months and months: and then miss your chance by one day.

I have an article coming out in Oakland Magazine about the aftermath of the Donner Party, when J. Ross Browne visited the Breens at their San Juan Bautista hotel after the disaster and couldn't sleep thinking that Mrs. Breen had the fearsome face of a cannibal. His imagination got the best of him. I'm hoping my article stresses enough that I pity the Donners. They have been the subjects of gruesome speculation, but truly they suffered almost unbearable agonies.

I can't imagine how much cold, low dread they felt as they saw the fast snow flying and realized they'd have to winter at the lake...when their food supply was already so low they'd sent others ahead to bring something back. A nightmare. Especially considering how many of the party were just children, including nursing babies.