Fun memes for my book from Yellow Pear Press 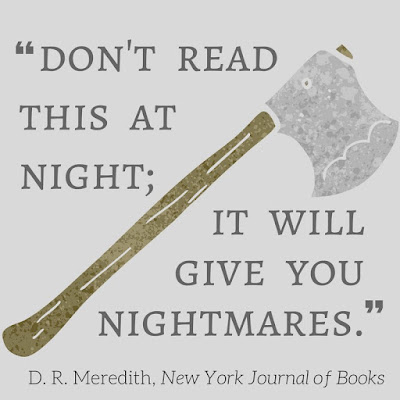 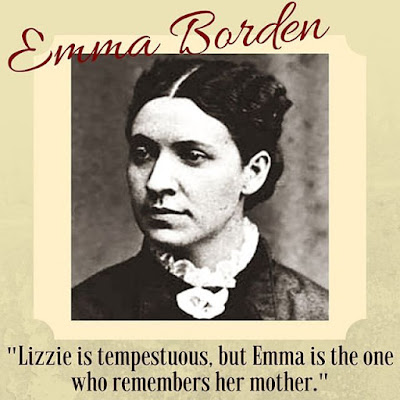 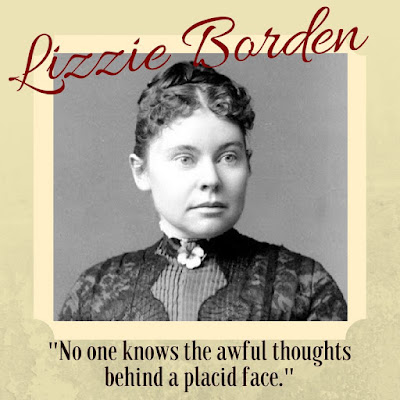 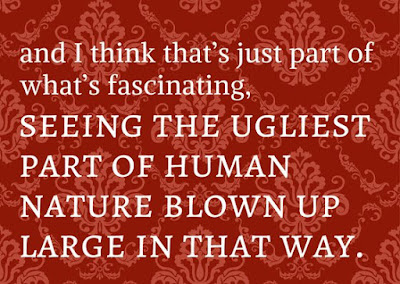 This last quote about the ugliest part of human nature is from an interview I did with Rich Ehisen. He's a fantastic writer and journalist and we had a great talk! We also did a few quick Bumpers podcasts, including this one where I give my opinion on whether I think Lizzie Borden really did murder her father and stepmother:

When someone you don't know reads your book


We write in solitude (although sometimes during Nanowrimo I hunker down in a cafe with a friend and we try not to talk to each other while we write on our laptops). It's a solo flight with our own imagination. And yet, the whole time, we're thinking and hoping that there will be people reading these words someday.

I have to report it is heart-stopping to see someone you don't know reading your book... (and heartwarming to see someone you do know). I owe huge thanks to Walking Dead actor Jay Huguley for instagramming himself reading a galley of my novel. He saw a post by my publisher about my book and responded, and of course they jumped on sending him a copy. It was incredibly generous of him to post that photo. And for me: a new experience. I've never seen a stranger reading my book.

An old writers group friend once said he knew he'd "arrived" when he was boarding a plane and, walking down the aisle, saw someone holding his novel. I've never had that happen to me. The closest was when I used to write a history column for a newspaper in Oakland called The Montclarion. I sat one day having coffee in Montclair (yes, I know, the newspaper title doesn't totally correspond to the neighborhood spelling; I've tried not to let it bother me) and saw someone at the next table reading my column which had a mugshot associated with it. After a bit he turned to me and said, "This is you, isn't it?"

That was a thrill, for sure, but seeing Jay relaxing on his sofa with his hand splayed over Lizzie's face: that was electrical.

Jay plays William Moody in the upcoming film Lizzie. Moody was an attorney for the prosecution, trying to get Lizzie convicted (unsuccessfully). He appears in my novel. Here's a little snatch:

He showed the courtroom Miss Lizzie's shoes, stockings, dress and skirt. Bridget did not like seeing a man holding up such personal items. The stockings still held the shape of Miss Lizzie's calves and instep; it was as if Miss Lizzie herself was lifting her skirts to show the world her legs.

Thanks again to Jay for the experience that feels like somewhat a culmination of my whole writing process. I wrote words, they were seen, they were digested.