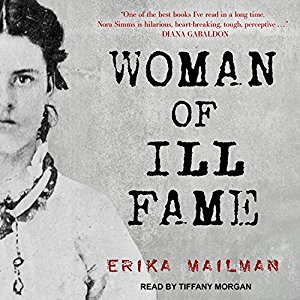 This year I had four pieces of writing-related news.

1. An audio book of Woman of Ill Fame was released in May from Tantor. Confession: I still haven’t listened to it! At some point I will do a giveaway for one of the downloads. Perhaps 2018 will slow down enough that I can listen to it myself. I’d love to hear the narrator blustering through some of Nora’s creative Irish swearing. And I liked very much the new cover they gave the book. 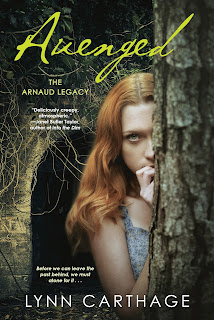 2. In February, the third book in my Y.A. trilogy The Arnaud Legacy was released by Kensington Books, titled Avenged. It’s written under my pen name Lynn Carthage. This was to protect teen readers from my other books (see unapologetic Gold Rush prostitute novel, above), but I decided it was okay to publicize from Erika to Lynn, just not the other direction. I love this spooky neo-Gothic series and heartily encourage it for grown-ups as well. The sequence is: Haunted, Betrayed, Avenged. I think it’s okay to jump into the series with either Haunted or Betrayed, but probably more challenging to start with Avenged. 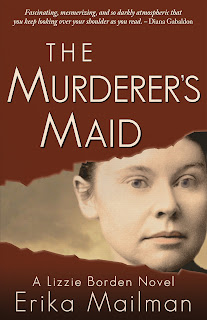 3. The Murderer’s Maid: A Lizzie Borden Novel launched in October. The book has received some wonderful trade reviews and some good press.

And thanks to Diana Gabaldon and Kathleen Kent for the fantastic bookjacket blurbs.

I did a big round of events in the San Francisco Bay Area, my courage rising despite intimidation by natural disasters (sorry if that sounds overblown...I love that line from Pride and Prejudice). The Santa Rosa wildfires affected attendance at two events (at one in Sausalito, Peg Alford Purcell’s lovely Why There Are Words monthly reading series, air quality was so bad I couldn’t stand outside for more than a few minutes. Litquake’s Litcrawl in San Francisco was similarly affected by the smoke). I felt awful for people who had lost much more than attendance because of the fires. One dear friend even came to my event although she had evacuated to a hotel; she wanted some “normal” in her life (and thank goodness, her home survived, as did Peg Alford Purcell’s!)

Then, more significantly, the hurricane delayed unloading at port of the cargo ship that happened to have my books on board. Again, I realize this is a very negligible “loss,” but it did mean that books were not available for two weeks of front table display at Barnes & Noble as previously scheduled, and undoubtedly affected sales. My sister had preordered on Amazon, and since the book was so delayed, she was sent an email offering to cancel the order. I shudder to think of how many people may have done just that. Luckily, my publisher had rush-ordered a substantial number of early copies, so we had enough to sell at the launch events. We held or participated in events at a haunted museum in Oakland, an art gallery after hours in San Francisco, and of course multiple bookstores. I had a great time talking about the bewildering, complex case that is the Borden family murders. It’s always cool to see what questions people come up with.

The Murderer’s Maid was my first stab (oh please, no pun intended) at writing a “marquee novel”—one about someone who is already famous enough that there could be some built-in readership. I’m excited that a movie about Lizzie Borden is showing at Sundance in January 2018. I cannot wait to see it! Even just a trailer would probably keep me happy for a week. 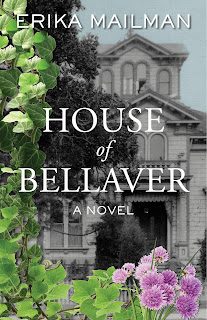 4. I made my first foray into the world of self-publishing by putting up my unsold novel House of Bellaver on Amazon as a Kindle-only book, in June. It's a literary ghost story with elements of Shakespeare, suffrage and serial killers--all things S! This book saw the insides of many editors' briefcases and had several of those breathtaking near misses...I got antsy and put it online as an experiment. I hope you will give it a look. Even if you don't own a Kindle or ereader, you can download Amazon's software for free and read on whatever device you use, including a desktop computer. To further honey up my pitch, each chapter begins with a beautiful historical image that relates in some way to the content of the chapter. Here's an example:

I’ve got some hard work ahead for me in 2018. I’m going to dig in on a manuscript I’ve been revising for a while, and also start a new one I’m really jazzed about. I wish I could remember the exact words from the movie Elf from the writer (something like, “I’ve got this one idea I’m psyched out of my mind about”). Well, better yet, here’s the clip!

In 2017, I presented at several conferences, the Gold Rush Writers Conference in downright adorable Mokelumne Hill, California, and Summerwords, a literary conference hosted by American River College in Sacramento.  I joined a new local group organized nationally by Jonathan Maberry called the Writers Coffeehouse and continued attending a small monthly meeting of local historical novelists. I did radio spots (I'll post clips in another blog post) for Beth Ruyak's Insight program on NPR's Capitol Public Radio in Sacramento, Rich Ehisen's podcast, Tim Weisberg's paranormal show Spooky South Coast, and guest host Joey Garcia on KFBK. Many writer friends had launches this year and have my congratulations and support, too many to name here. I feel invigorated by my community and by the privilege of being able to focus on what I love so sincerely: words.

Wishing you and yours the very best for 2018. Happy New Year, everyone!

A&E TV interviewed me for its real crime blog about female Victorian killers: what motivated them, why juries may have found them innocent when they were guilty, and more. My favorite quote from the piece: "How do you go from serving on the Fruit and Flower Mission to pulverizing your stepmother’s head?"

The piece is called "Lizzie Borden: How could a prim and proper Victorian-era woman be accused of murdering her parents?" Check it out by clicking here. Thanks to writer Stav Dimitropoulos!

And if you want more about Lizzie, my novel The Murderer's Maid is now out and available at Barnes & Noble, Amazon and any indie bookstore (you may have to order in advance at a local sellers), in hardcover and ebook. 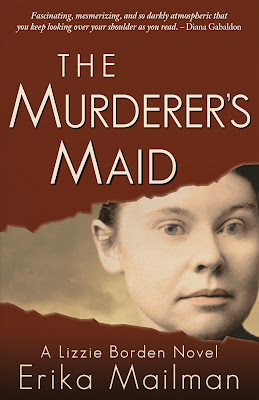