It's so exciting to know that the Lizzie movie is filming right now in Savannah, Georgia! Twitter is slowly seeping wonderful photographs from the set and I'll share some below. Apparently, Daniel Radcliffe is also in town filming something else; kind of fun to think of him, Kristen Stewart and Chloe Sevigny hanging out lifting a glass at the end of the day shooting.

Bram Stoker finalist for THE WITCH'S TRINITY Erika Mailman's THE MURDERER'S MAID, in which a young woman tries to stay one step ahead of a mysterious stalker and learns she has a connection to the infamous Lizzie Borden, accused of murdering her father and stepmother with a hatchet in 1892, to Lisa McGuinness at Yellow Pear Press, in a nice deal.

I'm delighted that I'll get to see my main character*, Bridget Sullivan, the Borden family maid, depicted on the big screen by Kristen Stewart. Here's imdb's article about the as-yet-unnamed film.

*It's important to note that the movie filming now is NOT based on my novel or screenplay, but is coincidentally on the same beloved topic.

My book will launch on Halloween 2017, and I'm hopeful it will coincide with the film's release. The Lizzie Borden narrative is worthy of scrutiny, as it has a lot to say about the lives of women in that era (for instance, the jury didn't believe it possible that a woman could be capable of such violence, and in fact no woman was allowed to sit on her jury). The frustrations of someone outside of society, unmarried, angry, un-air-conditioned (don't laugh, but Lizzie's town was undergoing a massive heat wave at the time of the murders)...it's all a fascinating look at a bygone era. 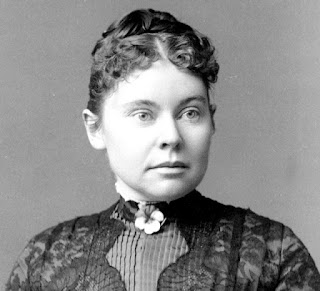 Meanwhile, enjoy these sneak peeks into the upcoming movie! 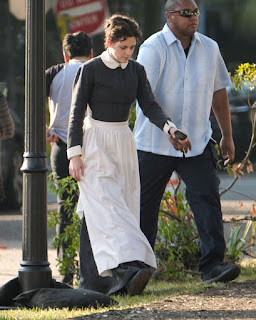 Select your own movie with the showbox application. Give people the movie world of showboxvpn producers.