Earlier in the year, I had the opportunity to visit Sutter's Mill, the place where gold was first discovered in California, setting off the Gold Rush and forever changing this once relatively-untouched area.

And forever changing the way of life for the native peoples.

In the wonderful museum near the mill site (it has been lost to the river, but a replica now stands close to the original siting), you can see two human figures in a lifesized diorama: James Marshall bending to pick up the glint in the mill race, and the Native American standing nearby watching. I hope it isn't irreverent to say it, because I do truly deplore the fate of the people who were here first, but the look on the Native American statue's face honestly did look like, "Oh, crap." 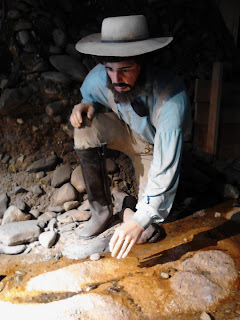 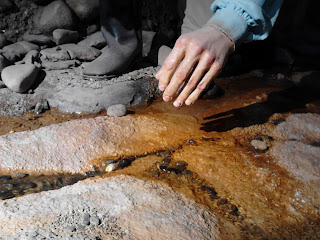 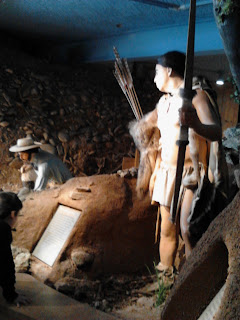 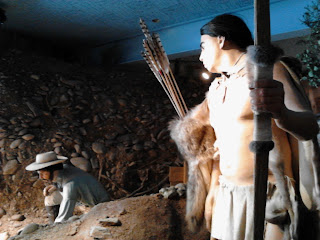 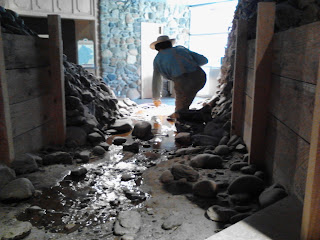 The water in the exhibit really did run!

The museum is well worth a visit with some great artifacts and good explanations--and yes, in an exhibit case some (fake, but based on reality) chunks of gold the size of bread boxes. There are buildings scattered among the incredibly beautiful, green grounds: a Chinese apothecary business, a working blacksmith's forge (more on that in another post), a still-in-use Grange Hall, and others.

The most impressive feature is probably the American River itself, a blue so bright it seems fabricated. And oh so bitter cold. Not the thing you'd at all want to stand in all day, panning for gold.