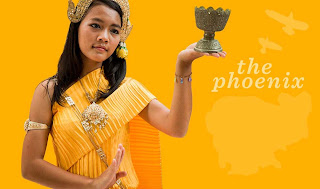 When it came time for my eldest to go to school, we were coincidentally also trying to purchase a home, so we spent a lot of time researching school scores and rejecting houses based on the schools they fed into.

Both my husband and I grew up in communities so small there was only one school, so at first we were taken aback to realize there were choices, and you had to figure out school boundaries, because it would be awful for your child to be doomed to attend a school that ranked only a four, when they should be attending a 10.

All that was set on its head for me on Sunday when I went to a screening of Girl Rising, sponsored by Intel. My dear cousin Karl Mailman and his wife Lynette, Intel employees, invited me. This film follows nine girls around the world as they struggle to attend school, a right we take completely for granted here in the U.S. (and often squander). I’m not talking about college. I’m talking about elementary school. I’m talking about the chance to learn one’s numbers and letters.

Did you know in some countries you must pay to attend school? And it’s not mandatory? A particularly chilling scene in the movie shows a 7-year-old girl in Haiti’s earthquake aftermath, trying to attend a tent school in the rubble, and being told by her former teacher that she had to leave because her parents had not paid.

In between the vignettes showing girls in Peru, Egypt, Ethiopia, Afghanistan, and other countries, viewers are given statistics about how much good arises when girls are educated. The facts are compelling. We need to educate our girls. Here are a few of their facts:
1. There are 33 million fewer girls than boys in primary school worldwide.” - The UN’s Education First initiative
2. “Girls with eight years of education are four times less likely to marry as a child.”-UN’s Education First Initiative
3. “Educated mothers are twice as likely to send their children to school.” -Unicef

The movie isn’t easy to watch. But change can never happen unless people face unpleasant facts.

Is it fair that a three-year-old must carry heavy buckets of water every day, most likely destroying her own developing skeletal system, to cleanse the hands of her healthy, grown male relatives? Should an 11-year-old (11!) be sold into marriage, and the proceeds used to buy her older brother a used car? Should a six-year-old be sent to live with strangers to serve as their slave, called a “bonded laborer” (kamlari)?

Of course, as you watch it is impossible not to think of children you know at these same ages, picturing them made to do the same things.

I’m outraged at the fate of lost little girls (and boys) around the world, and glad to puncture the little bubble I live in. One of the best things I took away from the movie was the idea that helping just ONE person means the world. It’s overwhelming to think of changing entire villages a world away…but we can change lives one at a time and still do good. My eyes are tearing up as I compose this blog post here at my comfortable local Starbucks, my belly full of a warm scone and a decaf mocha, with sunshine flooding the windows, knowing that my child is now safe at school, learning: learning happily, safely, carelessly.

Please visit www.girlrising.com to find a screening near you or to donate ($50 can send a girl to school for a year). You are also invited to host a screening of the film; information to do so is on the site.

Final note: the girl pictured above, "The Phoenix," is Sokha of Cambodia. She was orphaned and lived literally in the dump, each day picking through the trash to find food and goods to trade for food. She's now a star student at a top school, and as you can see a beautiful traditional dancer. No child should ever have to pick through other people's trash while other kids attend school. As the film says, she was literally thrown away herself.

Email ThisBlogThis!Share to TwitterShare to FacebookShare to Pinterest
Labels: make the world better

have been stressing out about the San Francisco high school situation this week -- thanks for the salutory perspective!

James, absolutely. Perspective is everything.

Interesting to be so forcefully confronted with a whole different way of seeing things that really shakes up your current world view and makes you appreciate the things you have.

Janis, thanks for reading and commenting. I was definitely shaken up.

Great post, Erika - and a good reminder for us to view something we take for granted, from a totally different perspective.