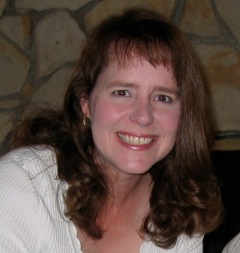 I’ve always enjoyed popping in and out of Julianne Douglas’s well-written history blog, Writing the Renaissance. No surprise, then, that she will be moderating a panel discussion at the Historical Novels Society conference titled, “Virtual Salon: The Historical Fiction Blog.” This will definitely be a fun one to catch!


I’m hosting Julianne today with questions prepared by Vanitha Sankaran, a fantastic writer and head of HNS’s conference board. Next month is the HNS conference in St. Petersburg, Florida: readers and writers alike are invited to attend.

1. What got you first interested in historical fiction?
Biographies! As a child, I devoured the Childhood of Famous Americans series. I particularly enjoyed the stories about women: Molly Pitcher, Clara Barton, Sacagawea, Amelia Earhart, Betsey Ross. The further in the past the subject lived, the more intriguing I found her story. At the age of 12, I discovered Jean Plaidy's historical novels. Plaidy's books were my first introduction to European history and through them I discovered a new world of kings and queens and courtiers--irresistibly compelling to a romantic teenager. I began to learn French and became a hopeless Francophile. College saw me double-major in English and French. Realizing there still remained many, many books to read, I went on to earn a Ph.D in French literature, specializing in the sixteenth century. When I chose to stay home with my toddlers instead of pursuing an academic career, I began to write historical fiction set in--you guessed it--Renaissance France. I'd found the way to put all that stuff I'd learned to good use!

2. How do you find the people and topics of your books?
My academic work provided me the topic for my first manuscript, The Measure of Silence. In 1990 I published an article on the work of Louise Labé, the first non-noble woman to publish under her own name in France. Louise was an accomplished scholar whose verse was praised by the poetic luminaries of the day. However, being a woman of the merchant class and unable to claim the protection of a noble sponsor, she was vilified as a courtesan--and worse--for daring to "bare" herself to public scrutiny through publication. Determined to tell Louise's story, but not wanting to be bound by the constraints of a fictionalized biography, I created Jollande Carlet, a woman of similar socio-economic background living in the same center of Renaissance culture, the city of Lyons. While the details of Jollande's life differ from those of Louise's and the narrative follows tangents Louise herself would never recognize, Louise's historical situation and achievements support and justify Jollande's fictional ones. The novel is a salute to the long-dead poet, whose courage and resolution laid the groundwork for women writers of today.

A different poet sparked the genesis of my current manuscript. During a graduate seminar years ago, the professor referred to a poem by François I's court poet, Clément Marot. The work was a tribute to Emperor Charles V of Spain, who paid an extended state visit to France in 1539. The poem confused me at the time because I knew next to nothing about Charles V and his relations with France.  A few years ago, while searching for a topic for a new novel, I stumbled upon a description of this elaborate visit in a history book. Research proved it to be an exciting moment of artistic and political rivalries as France prepared to woo and impress its arch-enemy. Charles V is no longer a stranger to me, nor are the Italian artists who worked to renovate the château of Fontainebleau in time for the event. Anne d'Étampes, François I's mistress of twenty years, and Catherine Clouet, daughter of the famous portraitist, are my new best friends. If someone had told me that day in class that decades later I'd be quoting Marot's poem in a novel, I would have thought her a few lines short of a sonnet!

3. Do you have a crazy anecdote related to your writing you would like to share?
One evening last November, I attended a talk at my church. The speaker assured us that if we had a question for God and were fully prepared to accept the answer, He would provide it. Now, I'd been having some serious doubts about whether I was following the right path in life. My first manuscript, although it had secured me a first-class agent, hadn't sold; my current manuscript was taking way too long to write and the process itself had become arduous and stressful. My father's death a month earlier had shown me how short life could be; I worried I was wasting the little time I had pursuing a goal that would never amount to anything more than a selfish dream.

I prayed as I drove home, asking God outright: "Do You want me to keep on writing or do something else instead?" I pulled into the driveway and walked to the mailbox to retrieve the day's mail. Imagine my surprise when I pulled out a copy of Writer's Digest with "WRITE THAT NOVEL!" splashed across the cover! Immediately beneath it lay Historical Novels Review. I laughed out loud, tears of gratitude in my eyes. I had received my answer and it couldn't have been any clearer. (I’ve tacked that cover up on the wall above my desk to help me through the rough spots.) Let's hope I get as quick and as positive a response to the prayers I'll be sending up when my completed manuscript goes out on submission!

Thank you, Julianne! I too loved reading biographies when I was a child, esp. the ones with orange covers: Clara Barton, Louisa May Alcott, all strong women. I loved them.

Thanks for hosting me, Erika! :)

This is a lovely interview with a wonderful writer who has hosted so many of us on her terrific WritingRen site. Many thanks!

Great interview! It's neat to see two of my favorite people on the same (web) page :) Can't wait to see you both in Florida next month!