Having crushes on Victorians 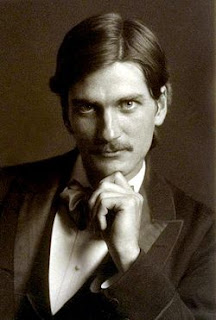 Have you ever had a crush on someone of the past? A daguerreotype that you couldn’t stop staring at?

A number of years ago there was an exhibit at the Oakland Museum of California called Silver and Gold: Cased Images of the California Gold Rush.

As I wandered around the exhibit, I found myself suddenly arrested by a group shot of men. There were maybe five men in the image, and one of them: well, he stared right out at me and I felt a jolt of recognition.

I don’t think I believe in reincarnation and yet I’m obsessed by the idea. I love the concept that you might encounter the same souls again and again in different incarnations. And if there is any truth to the idea, then for sure I was looking at someone I once knew.

The image isn’t online, but I just now realized there was an exhibition book that went along with the exhibit. I know what to put on my birthday wish list! I’d love to see him again…again.

I was reminded of this exhibit recently for a few reasons. One is that I wrote a gothic novel in which someone looks at a black and white photograph with a loupe and has a moment somewhat reminiscent of my experience.

The other--and the reason that I actually googled around and located the website for the 1998 exhibit at the Oakland Museum--is that I found this guy pictured above. And he gave me a similar sort of jolt--not necessarily the “I know you” jolt, but the “I would like to know you” jolt.

This is Charles Keeler circa 1895, an early Berkeley poet and a founding member of the Berkeley Hillside Club. I’ll blog more on this historic club later.

This photograph seems so contemporary to me, almost like it was staged to look Victorian. Charles isn’t necessarily my type, but something about his probing gaze is saying, “Let me set down my cheroot so I may better address my attentions to you.” I picture him saying all sorts of banal things but with an undercurrent of “I’m a gonna take your clothes off, layer by lacy layer, stripping off that shirtwaist and throwing your whalebone corset across the room.”

Charles: I’ve checked with my husband and timetravel hooking up isn’t really cheating. I’ll meet you in 1896, okay? New Year’s Day? Right by the oak tree in the Oakland City Hall plaza?