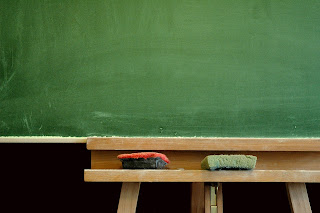 Novelists earn their keep by imagining themselves into other people’s circumstances. We professionally emote. We empathize by trade.

Several weeks ago, I was in the middle of drafting a blog post, when I clicked over to another screen and learned the news about Newton, Connecticut.

I grieved for those parents and those children and those teachers with my entire body. Not just tears, not just sobs: entire back-breaking heaves that I only hoped could somehow ease something there, just a bit, somehow. If I took on one woman’s pain, just one tiny atom of its immense and universe-sized volume, I hope I helped her.

Their world was altered in mere minutes and they will spend lifetimes trying to return to the moments before that man entered the schoolyard with his assault guns. They will never succeed.

My love and my grief to you, town of unspeakable misery.

to write correctly, coming down
to the paper, not up to it. That report card.
She was supposed to improve
her sloppy handwriting but they didn’t
get around to it yet.

She was wearing spirit wear.
Her room is still messy.
She had that light husky cough.
They talked of keeping her home.

They can’t really remember those
who passed, elderly parents and neighbors,
without photographs. And so it will be
with her.

It will someday be impossible
to conjure up exactly how she was.

They will study
the worksheets and the papers
with their dotted lines inside solid lines
like a road, really, an escape route
that showed her how to correctly form
her letters. They will scrutinize
the drawings: mermaids with wings,
fairies with crowns, beetles crawling
the margins. They are going to try
very, very hard to retain her.

They are going to fail.

She was brevity itself.

She is already unsnatchable
from the air, a vapour,
a hint of something dear,
something so wrenched
from their very blood,
their breath,
the threads of their meat,
the throb of their pulse,
the water that still

rocks inside them,
like they are oceans set
askew, tilted.