Ireland will always be in my heart


You never know how the experiences of youth will sculpt the future. I took my junior year abroad in Cork, Ireland, mainly because I was following a guy, but can it be a coincidence that two of my novels feature Irish protagonists? I love the brogue but more than just the accent, it's the imaginative nature of the language. I will never forget sitting in the tiny living room in the rental flat in Prosperity Square (close to the Murphy's Stout brewery, and those hops are forever living in my nasal memory), watching the peat fire burn, and my Irish roommate said, "I watch the flames and I fall to dreaming."

I fall to dreaming!!!

And no, she was not in my poetry program, and no, she wasn't trying to sound poetic. She was a grownup with a regular job. That is just how people sometimes speak in Ireland, reared on a literary island.

I'd like to tell you a bit about my two Irish characters, each of whom wound up on American shores. One fictional and one based on a real-life historical character, the maid to accused murderess Lizzie Borden.

First, Nora Simms. She's part of a Boston Irish immigrant family and departs for California as soon as she hears the reports of gold. She's an unapologetic prostitute who wants to capitalize on the chance to make money, fast. She arrives in San Francisco when it's rough, crude and open to any possibilities. Unfortunately, Nora's path entangles with that of a killer targeting the women of ill fame (a euphemism for prostitute in that era), and she has to use her quick wits to ensure she's not the next victim. The novel Woman of Ill Fame launched a decade ago from Heyday Books, a small press in Berkeley that is still going strong after 40 years in business. Their rights in the book elapsed, and now the book is only available as an ebook under my steam. I'm hoping to repackage this with a sequel in the next year and give Nora new life.

Next, Bridget Sullivan. She was the real-life maid in a household where a husband and wife were brutally murdered by repeated blows to the head with a hatchet. The younger daughter of the family, Lizzie Borden, was accused of the murders. That day, she and Bridget were the only people in the house besides the victims. After a circus of a trial (every major newspaper sent a reporter to Massachusetts to cover it), Lizzie was acquitted. Bridget provided testimony against her employer, and I can only wonder how nervous Bridget was for her own safety once Lizzie was released from jail. Legend says she returned to Ireland to buy her mother a farm. Her traces fade as there were many, many women named Bridget Sullivan in this late-1800s era. The Murderer's Maid: a Lizzie Borden Novel was my first book written involving real historical people, which definitely provided a challenge in terms of getting it "right." The Lizzie Borden story also has a following of many passionate people and I hoped I got it correct for them. A few months ago, I learned that a woman who loved the Lizzie Borden narrative so much that she got married in the murder house gave my book a glowing review: I felt jubilant! This book launched in October 2017, so apparently the trend is that I publish an Irish novel every 10 years. I'd like to carve that down significantly for the next one!

P.S. It wasn't until I started uploading the book covers below that I realized my two Irish books were both blurbed by the magnificent and generous Diana Gabaldon. Her Scottish kindness has reached across the sea to my Irish women. :)

P.P.S. I hasten to say I hadn't forgotten she blurbed them. Far from it!!!!!! I just haven't ever done a post before that connected the two books' Irishness. 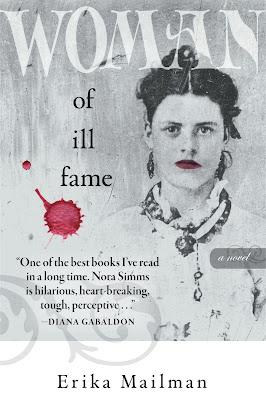 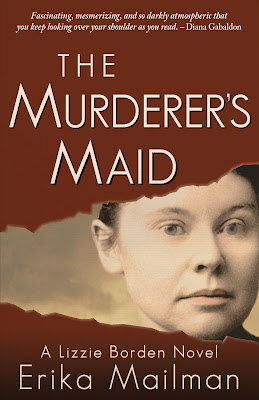