My post for Doug: the Evergreen Air and Space Museum

Flying home from the east coast a few weeks ago, I had the good fortune to be seated in the same row as Doug, and we talked for several hours like old friends. When he learned I was next going to Portland, Oregon, on a road trip and that my husband was excited to see the Evergreen Air & Space Museum in McMinnville, he told me he had flown several of the aircraft on display there. I asked him to write down the names so we could look for them. 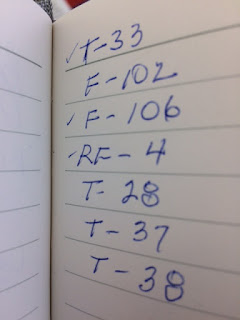 Once there, it was indeed a wonderful scavenger hunt for my kids to look for these planes. So, Doug, I have some feedback!

The T33: This is parked in front of the space museum. (Let me pause and say this is an incredible facility with two huge hangars, one for air and one for space. I'll blog later about the space side). 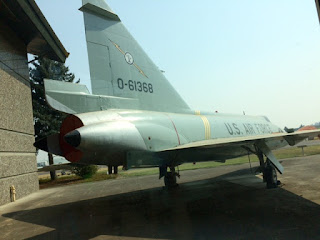 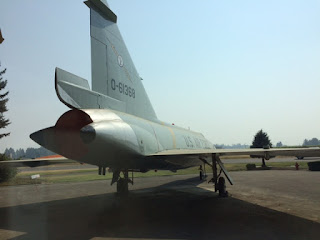 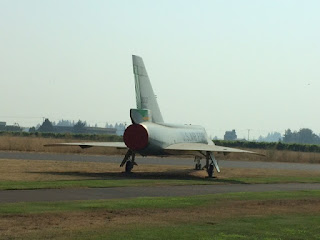 The RF-4, a fighter bomber: there was a different version on the floor of the space museum, a docent told us, but we couldn't seem to locate it.

T28: the Evergreen had one but got rid of it.

T37: the Evergreen was supposed to get one, but never did.

The T38: well, I thought I was told by museum staff that it was this black one hanging from the ceiling but I must've misunderstood. 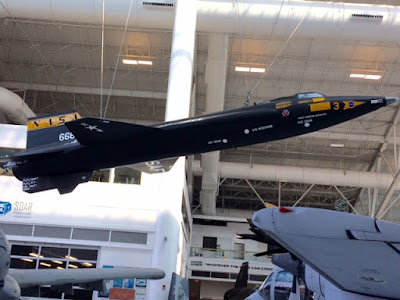 We were told The Evergreen will be getting an F16 from the Oregon Airguard and a Tornado, which was a British/German/French plane with Luftwaffe colors. (Actually, I just googled that because it seemed too odd; substitute Italian for French and it's correct!)

And you know what the Evergreen already has? 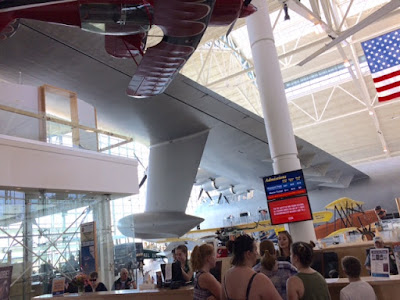 Yeah, the Spruce Goose. Which should be called the Birch Goose because that's what it's made of. The largest airplane ever made. It's hard to tell what you're looking at in this photo, but basically the large thing overhanging these people's head is just one wing. I'll blog about the Spruce Goose more later.

Back to Doug. It was amazing to see these planes in which you made surveillance runs during your many years of service. Thank you for your service to our country, Doug!